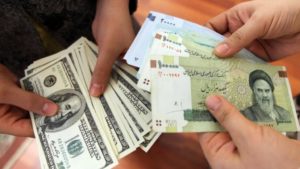 Following the executive order no. 13846 issued on August 6 (the “E.O. 13846”), on November 4, 2018, OFAC re-designated persons removed from the SDN list on Implementation Day pursuant to the Joint Comprehensive Plan of Action (the “JCPOA”) and placed Iranian Financial Institutions in the U.S. Department of the Treasury’s Specially Designated Nationals and Blocked Persons (“SDN”) List. As a result, the Central Bank of Iran and all Iranian banks and financial institutions are now SDN listed. In addition, most but not all such Iranian banks have also become subject to U.S. secondary sanctions, identifiable on their SDN list entry as being “subject to secondary sanctions”. Non-U.S. persons and in particular non-U.S. banks may become sanctionable if they deal with Iranian banks that are subject to secondary sanctions.

A gradual but incomplete extension of financial isolation

Only few banks, such as Middle East Bank,  Pasargad Bank, Keshavarzi Bank, and Saman Bank, have not been subjected to secondary sanctions, which allows them to deal with payments, essentially for goods traded under the humanitarian exception (agriculture products, food, medicines, medical devices).

E.O. 13846 also exempted from sanctions foreign financial institutions conducting or facilitating significant financial transactions with Iranian banks whose property and interests are blocked solely pursuant to the Executive Order 13599, such as Middle East Bank, Saman Bank, Keshavarzi Bank, and Pasargad Bank, provided that these transactions do not deal with sanctioned sectors or activities.

Companies, even U.S. Persons, dealing with permitted trade under the agriculture-medical exception are affected and de facto incapable to settle export transactions to Iran. Quite all non-U.S. financial institutions and banks apply over compliance for such permitted trades and are reluctant to get simply involved in relation with Iran. Therefore, OFAC’s huge fines on European banks (non-necessarily 100% linked to Iran) may explain this attitude. What aggravates the situation and increases over compliance are that U.S. sanctions regulations, especially those relating to secondary sanctions, are not clear or well understood leading foreign banks to elect a position of no dealings with Iran.

As a result, even significantly reduced by the number of disconnected and SDN listed Iranian financial institutions, there is still a few Iranian Banks SWIFT-connected and able to deal with abroad. However, alternatives are still a necessity and European countries have made encouraging steps in this direction.

In response to the situation created by the re-imposition of U.S. sanctions on the Iranian financial sector the members of the “P5+1” still committed to the survival of the JCPOA (the United Kingdom, France, Russia, and China) had been long short of solutions. China let Kunlun bank close most, if not all, of its Iran operations, severing the quite only legal banking corridor with China.

The European Union long failed to effectively address the issue and was not capable of setting up a Euro specific clearinghouse, not dependent on SWIFT. Exposure of the European Investment Bank to the U.S. refinancing market also prevented EIB to act. Alternative settlement channels have then been engineered, despite disgraceful pressure from US diplomacy, and three members of the European Union (the “EU”), France, Germany and UK, just launched INSTEX SAS, a Special Purpose Vehicle (“SPV”) that would manage exchanges between Iran, EU members and possibly other countries under barter schemes.

The SPV should work as a bookkeeping entity recording the reciprocal trade transactions, but not as a payment processing entity (i.e. settlements would take place between the Iranian participants on one side and the non-Iranian participants on the other side). This organization could have likely put the non-Iranian participants at risk insofar as on the Iranian side, export of oil and petroleum products would be concerned and dealing with the National Iranian Oil Company and many other SDN listed Iranian petroleum companies is sanctionable. Using the SPV for record and compensation of sanctioned trades (oil, petrochemicals, automotive parts…) would not prevent the participants from being held as taking part to sanctionable circumventing barter arrangements or other non-cash trade transactions, a position already taken by OFAC in its Iran related Q&A (n°619, 6 August 2018). Therefore, INSTEX will most probably first limit its activities to the settlement of trade of goods and services under the sole humanitarian exception. The SPV is established but still not fully operational also because, in order to function, a mirror entity must be established on the Iranian side. INSTEX shall function in compliance with the highest banking and financial international standards as imposed by the Financial Action Task Force. Although the implementation of FAFT within the Iranian legal system is not required by the EU as a prerequisite, it is highly expected by INSTEX founders.

In parallel, in an effort to answer the needs of Swiss companies trading agriculture products, food and medicines with Iran, the Swiss government is working on the setting up of a specific and U.S. sanctions-proof banking channel. This channel would allow direct payments between Switzerland and Iran via selected local and Swiss banks. The Iranian banks to be used shall not be subject to secondary sanctions. This channel will obviously require that strong due diligence checks of the Iranian counterparts be completed. Unlike INSTEX, the US approach to the Swiss payment channel seems to be more positive as it is limited to non-sanctioned products.

As a conclusion, these hard-biting U.S. sanctions left first all actors without an efficient solution. Petrified by the U.S. administration’s stance and the fear of harsh consequences quite all banks have severed all ties with Iran and refuse to process settlements even for non-sanctionable trade with Iran despite certain Iranian banks non-being subject to secondary sanctions or disconnected. This added to the already deteriorated economic situation in Iran, de facto target costly the Iranian people. No specific agenda has been detailed for both SPVs, but the next steps are now on the Iranian side. As to the Financial Action Task Force, a new assessment of the efforts conducted by Iran so far should be released by the end of February. This will give a good insight into how the SPV and the Swiss banking channel will hopefully be able to help the trade of essential goods resume in volumes easing the life in Iran.